With a large student population and numerous live venues dotted all over the city, county town Lincoln is an idealistic place to begin a band. This is where the fourth Lincolnshire Band / Artist is based, after Project Redshift, Alice’s Tea Party, and Kieran Campbell. So far bands to grace the spotlight have had their roots in heavy metal, rock, and folk-infused indie – Carry the Crown make music with an alternative rock/pop punk edge to it. Acts who inspire the group also fall nicely in these genres; You Me At Six have transitioned from chirpy punk-pop outfit to a well-polished, rock band. Other names who the band note to have influenced their sound include Young Guns and All Time Low.

All photos are from Carry the Crown’s Facebook page.

Five local lads make up the group, and each guy has their own specific role to play in the group – Martin is the band’s vocalist, with James on drums, Rupert taking lead guitar and Simon on the rhythm guitar, concluding with Tom on bass guitar duties. They found each other and subsequently formed the band around November/December time in late 2016. From the get-go, the guys have been busy writing and recording; in fact, they’ve knuckled down to it so quickly, only five months after their formation they released their debut EP Desire. Carry the Crown released the EP both digitally and physically, with the latter receiving a hugely positive reaction. Desire has three original tracks on it – ‘Desire’, ‘Forever’ and ‘Choices’ – and in fact, just last week, middle track ‘Forever’ had an official music video released for it. In addition, bonus track ‘Faster’ also has its own music video and their music has been used in a promo video by Fight Factory Wrestling. The group are also endorsed by urban clothing brand Scar Tissue.

Speaking of ‘Forever’, the hot off the press video sees the band enjoying themselves on a warm glorious day in a lush, lustrous, green rural setting, showing off the best natural wonders of Lincolnshire. Near the grounds of Belton House in Grantham, to be precise. The simplicity of the video works really well, as the song is sold to you by seeing the band having genuine fun playing in the middle of the beautiful vast countryside and exploring their surroundings. The song immediately starts off high-octane and upbeat, a chant of woahs pulling you into the depths of the song and creating a fun hook from the get-go. Martin’s vocals sound distinctively pop punk, and will no doubt generate comparisons to You Me At Six’s Josh Franceschi. Carry the Crown brought out a visual for the song due to the public reaction it received, and it’s plain to see why it went down so well. It’s melodically unique but also familiar sounding enough to remind you of the essence of great alternative punky rock bands, a comparison which will make the guys your new favourite amongst the bunch of great names already out there. Rock Central have just linked their cool visual to their YouTube channel.

Around production and recording, Carry the Crown have also been playing several live shows each month since March 2017. Their debut live date was for my university (Lincoln)’s Rock Society, and they built up their live image and reputation in their hometown by sticking in Lincoln for their first few dates. Their latest string of dates took them outside of Lincolnshire for some of their shows, playing in Leeds, Beeston, and Sheffield. After a few weeks rest from performing, the alternative rock group will embark on another two part tour, returning to Sheffield and Lincoln, whilst playing venues and radio stations for the first time in Burton, Cleethorpes, and Peterborough. Tickets can be bought either on the door or from contacting the band’s Facebook page directly.

I had the pleasure of talking to the band, finding out why ‘Forever’ has been their favourite visual to film so far, why they are definitely sure the music scene in Lincolnshire is expanding at the moment, and more.

What’s been your favourite video to film so far and why?

We are going to have to say our latest shoot for ‘Forever’. We knew the style and vibe we were going for and had a great location, but we were working under the assumption that no one had said we ‘couldn’t’ film there… that coupled with it being the hottest day of the year so far made for a very entertaining shoot. Both ourselves and the film crew ended up with sunstroke but it was all worth it for the final product!

How would you say the band has managed to achieve everything in such a short amount of time?

We get asked this a lot, and the simple but maybe clichéd answer is a combination of our drive to succeed and that we genuinely enjoy each other’s company. There is nothing we love more than working together on our music, going out being idiots, or being on stage together putting on our shows. We have also all been in bands for pretty much as long as we can remember and CTC feels like the culmination of everything we have worked for and that it is all falling into place really naturally. Another huge factor is the response we have had from the fans has been insane and we could not be doing anything that we are doing without them and their support. We have been staggered by how much people are getting on board with what we are putting out there.

When are you planning on releasing your next EP of material?

Our next EP will be recorded in September and we will be looking to release it towards the end of that month or October. It will be a five-track EP with, what we believe, is some of the best material we have ever worked on and we can’t wait for everyone to hear it. It’s currently under the working title of ‘Hometown’ and we can’t wait to get back in the studio.

Do you think the music scene in Lincolnshire is growing? It feels like more bands are breaking through than ever right now.

We really do, it seems like the music scene in Lincolnshire is really coming to life. We have been touring this summer and it’s great when we are moving around the country and still seeing Lincolnshire based bands that we have played with before getting out there too. I think the team at BBC Lincs are very supportive of emerging artists and have helped us a lot and also the local community, especially the University students, seem to be pushing the interest in live music.

Surely after reading all this, you’ve got a desire to hear what the guys have got – you can listen to the Desire EP right now on Spotify:

2 thoughts on “Lincolnshire Band of the Week: Carry the Crown” 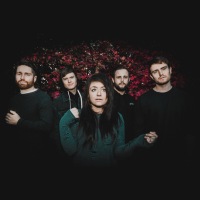 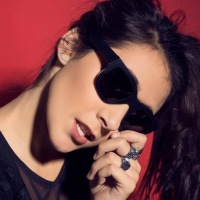 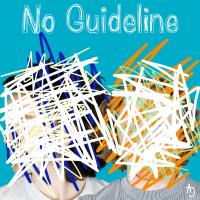 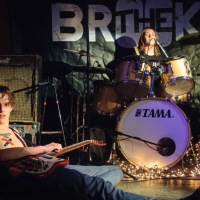 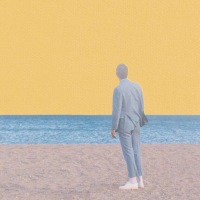