Ever since bunking music weekend school at the tender age of 12, Simon Baum been passionate about writing and performing music, and from that moment has dedicated his life to all things musical. It was a wise choice he made at that young age; swapping learning the clarinet for guitar and song-writing has lead him to gain recognition for his work, and has so far recorded five EPs – Easily, Words, Rise, Love, and Somebody. Now Simon is back with newest single ‘Bridges’; the lyrics describe how today’s society is now putting up walls between each other, rather than building bridges to form meaningful friendships and relationships with each other. The track with its powerful truthful undertone has created a worldwide buzz, especially in the United States, a notoriously difficult place to break into.

The predominantly acoustic track is charming, and has a wonderful pleasant guitar melody all the way through. The style of guitar playing is in line with the laidback, serene melodies other talented guitar based musicians have produced in the past, including the likes of Ben Howard. Simon’s gentle voice is perfect for the pace and style of the track, delicately singing the meaningful and poignant lyrics in ‘Bridges’. There’s a goosebump moment towards the end of the song where a choir effect is introduced into the layering of the track, and adds sentimentality to back up the touching lyrics within ‘Bridge’s’ chorus. What is even more touching and adorable is Simon’s music is a family affair – his two young kids design all the singer’s artwork, including that for ‘Bridges’.

‘Bridges’ is one of the songs due to be included on Simon’s current musical project – the only details released so far about the upcoming EP is its name, which will be a change from his usual one word titles. A Message on The Wind is to be released in the very near future, and Simon is regularly posting clips of new music on his Twitter account. 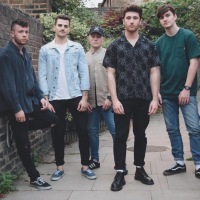 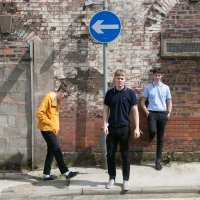